The World of Peter Gilder

It was in 1983, that Peter Gilder decided it was time to move to “the country”!

Seizing the chance to get a store in the then under construction Constantia Village, Peter was the pioneer tenant in a mall that hadn’t even got off the ground.

His friends in the industry thought he was crazy and as one of them said, “a Jewellery store in the winelands doesn’t make sense. 34 years later, and many thousands of hand-made bespoke pieces later, Peter Gilder has developed into Cape Town’s favourite jewellery studio.

And it doesn’t stop there. With his recently renovated “studio with a storefront” concept and online jewellery store, Peter has embarked on the next phase of his remarkable career of more than 50 years in the industry. 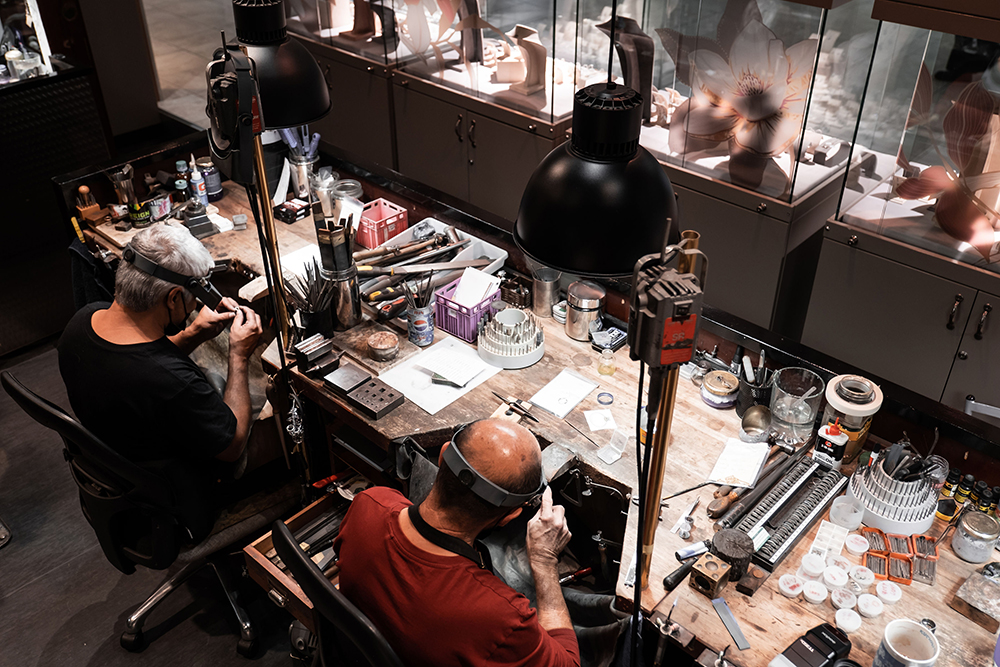 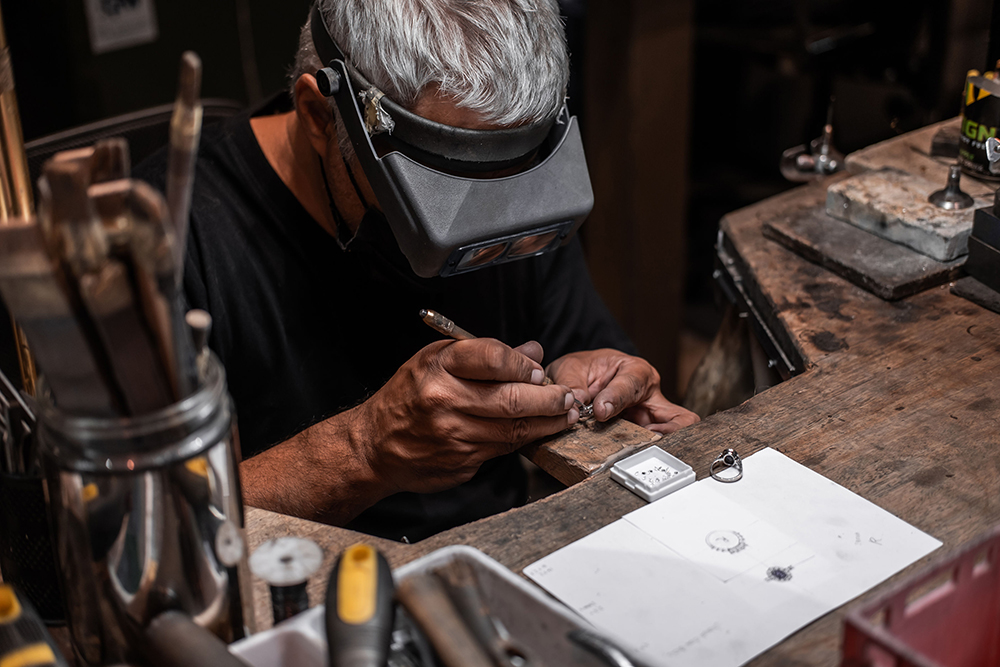 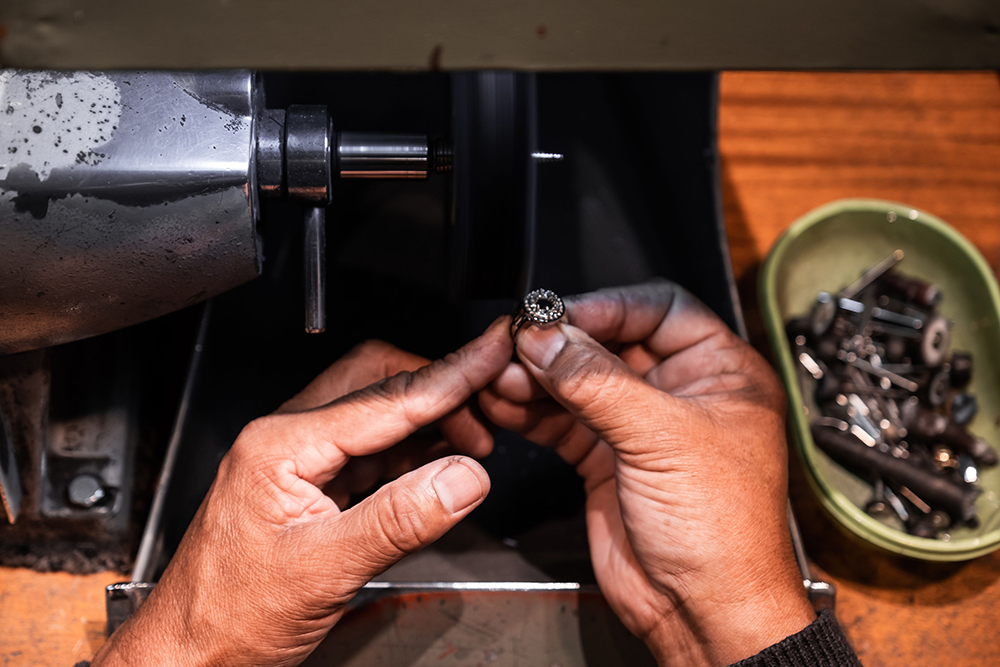 For over 30 years, we’ve run our jewellery retail store with a passion for customer service. Meet with one of our expert consultants and experience the finest purchase and design advice available.

Our in-house services extend from accurate evaluations to the design and handcrafting of heirloom-quality items to match the expectations of the most discerning clients.

The Peter Gilder team includes the services of an internationally qualified graduate gemmologist who offers a “by appointment only” jewellery valuation and gemstone identification service.

We offer a full-service pearl string facility as well as a range of clasps that will turn your pearl necklace into something that will last forever.

For over 30 years, we’ve run our jewellery retail store with a passion for customer service. Meet with one of our expert consultants and experience the finest purchase and design advice available.

I absolutely adore my new ring, it was SO worth it! You were a pleasure to work with! Thank you once again for your time & effort. I really appreciate it!

Please feel free to contact us.
We would be delighted to
assist you with your enquiry.

THE WORLD OF
PETER GILDER

We use cookies on our website to give you the most relevant experience by remembering your preferences and repeat visits. By clicking “Accept All”, you consent to the use of ALL the cookies. However, you may visit "Cookie Settings" to provide a controlled consent.
Cookie SettingsAccept All
Manage consent

This website uses cookies to improve your experience while you navigate through the website. Out of these, the cookies that are categorized as necessary are stored on your browser as they are essential for the working of basic functionalities of the website. We also use third-party cookies that help us analyze and understand how you use this website. These cookies will be stored in your browser only with your consent. You also have the option to opt-out of these cookies. But opting out of some of these cookies may affect your browsing experience.
Necessary Always Enabled
Necessary cookies are absolutely essential for the website to function properly. These cookies ensure basic functionalities and security features of the website, anonymously.
Functional
Functional cookies help to perform certain functionalities like sharing the content of the website on social media platforms, collect feedbacks, and other third-party features.
Performance
Performance cookies are used to understand and analyze the key performance indexes of the website which helps in delivering a better user experience for the visitors.
Analytics
Analytical cookies are used to understand how visitors interact with the website. These cookies help provide information on metrics the number of visitors, bounce rate, traffic source, etc.
Advertisement
Advertisement cookies are used to provide visitors with relevant ads and marketing campaigns. These cookies track visitors across websites and collect information to provide customized ads.
Others
Other uncategorized cookies are those that are being analyzed and have not been classified into a category as yet.
SAVE & ACCEPT